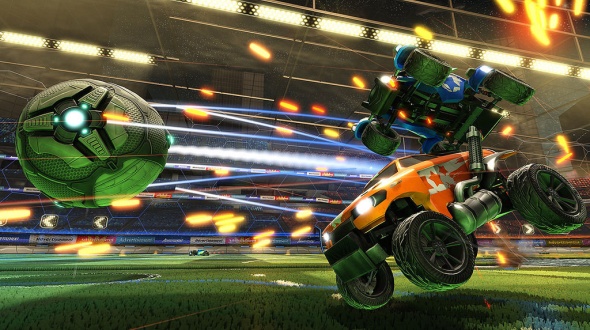 Rocket League is a popular video game that combines driving with soccer, as players take control of souped-up vehicles and compete to knock the ball into the opposing team's goal. The game has spawned add-ons that expand its basic concept, allowing players to take their vehicles into other sports besides soccer. With its wide appeal, the game has become a big hit worldwide, and is a particular favourite as a choice for esport competitions. Many players around the world compete in Rocket League tournaments, and even more fans gather to watch the games unfold; some even place bets on the matches, casting money at esports betting sites in the hopes of winning big when the tournament is over.

Originally debuting in 2015, Rocket League is the spiritual successor to Supersonic Acrobatic Rocket-Powered Battle-Cars, a 2005 game from the same developer. It improves on the mode of its predecessor by making the action slicker and more immersive. Up to four players can take part in the game, each commanding a high-tech, rocket-powered car; the object is to drive around the arena in an attempt to hit a large soccer ball into a goal. Along the way you will be able to make use of speed boosts, leap into their to hit the ball as it flies, or even damage their opponents by ramming into their cars. The action can get extremely hated, with each of the players trying their best to beat the others out of the way and score the next goal.

While the core mechanics were enough to make the game a success, developer Psyonix improved on the model by offering a string of updates and add-ons. These include new game modes that "mutate" the playing experience by altering gravity and the mechanics of the ball, making it larger, smaller or extra-bouncy. Later updates have allowed the players to replace socket with ice hockey (the cars now shooting a hockey puck around an ice rink) or basketball (the goals replaced with hoops). Other updates since then have included new power-ups that can be used to interfere with opponents' controls, a ball that becomes electrified during the course of the game and can be used as a weapon, and an option for customisable arenas. 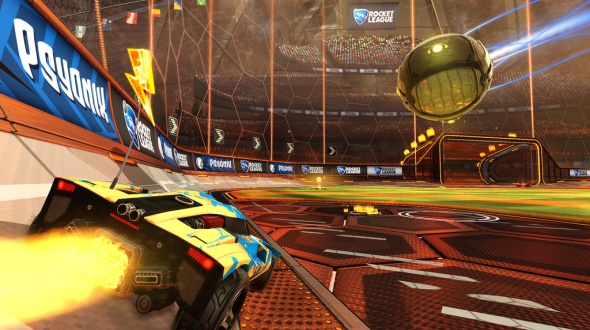 Rocket League has been released on multiple platforms, debuting for Windows and PlayStation 4 in 2015 before being ported to Xbox One, MacOS and Linux in 2016 and, most recently, Nintendo Switch in 2017. It has been popular enough to be adapted for use in children's educational camps, and has spawned a range of model cars. But it is the game's embrace by the esports community that looks set to land Rocket League a permanent place in gaming history.

The Rocket League tournaments -- which have their roots in online Twitch matches -- held around the world have become major events, Rocket League is an officially-sponsored esport, and has been since 2015. The first Rocket League Championship series took place in August 2016. Fans from all around the world are eager not only to play the game, but also to keep up with their favourite players as they await the results of the latest match. The fanbaase for Rocket League ranges from casual spectators who are simply in it to a bit of fun, to savvy observers who know when and where to place their bets through online services. Either way, whenever a tournament takes place and the players take control of their digital cars, there is sure to be excitement in the air.

Sites to bet on Rocket League