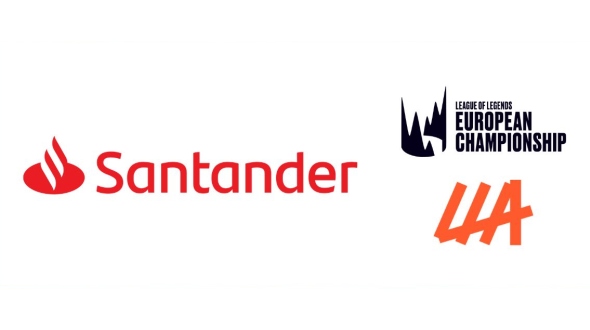 Level up your dreams

Even though the partnerships with the LEC and the LLA represent Santander’s first big steps into the world of esports, the bank has since long been an avid sponsor of various sports, leagues and athletes. They sponsor, for example, the Spanish Primera Division or LaLiga, Spain’s highest football division, top tennis player Rafa Nadal, and Formula 1 team Ferrari. The bank’s first esports sponsorship will focus exclusively on digital channels and content, which allows it to fit seamlessly into the existing portfolio.

As Santander put it on their own website, “this new sponsorship brings Santander into the global ecosystem of esports, helping the bank promote innovation, diversity and digitalization”. At the same time, there is a crucial commercial aspect as well, as League of Legends has grown into one of the most successful esports franchises in history. To give you an example of its impact around the world: Last year, almost 74 million unique viewers tuned in to watch the League of Legends World Championship with an average of 30 million viewers connected to the event in any given minute. With their new slogan for their first esports sponsorship, “Level up your dreams”, Santander states that it wants to help build a new community and connect with younger generations to help them reach their potential.

Exciting prospects for LoL and Santander

As could be expected, both Santander itself and the global League of Legends community leaders are very happy with the new deal. “It is a pleasure for us to collaborate with a global banking institution committed to innovation, digital transformation and providing the best possible services for younger generations”, commented Max Schmidt, head of LoL esports in EMEA (Europe, Middle East, Africa).

“We are excited to announce this new collaboration with a very innovative partner, with whom we are united by our attributes of innovation, diversity and digitalization”, adds Juan Manuel Cendoya, global head of Communications, Corporate Marketing and Research at Santander, “We believe that entering the world of esports will bring Santander new opportunities to engage with new generations of digital natives and help them prosper.”