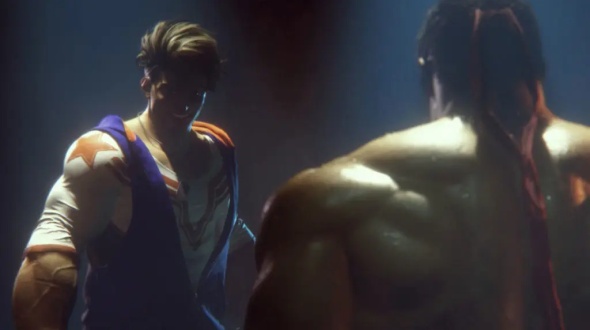 The Japanese video game developer Capcom has finally announced the newest edition of its hugely popular Street Fighter series, Street Fighter 6. For years, Street Fighter has been part of the biggest and most prestigious events in the world of international esports, and news about the release of Street Fighter’s newest instalment has been highly anticipated. As part of the announcement, Capcom also released a teaser trailer featuring the series’ protagonist Ryu and Luke, who appeared as the very last character in Street Fighter V: Champion Edition.

The much-awaited announcement was made after the conclusion of Capcom’s Pro Tour, which was won by Masaki Kawano playing with Kolin as he beat veteran the Guile of Daigo Umehara, arguably the best Street Fighter player ever, in the Grand Finals. The aforementioned teaser trailer is the only information we have about the development of Street Fighter 6 so far though, as the trailer does not provide any more information. The only possible additional suggestion is that the newest instalment’s character style will be more realistic in comparison to Street Fighter V (which was released in 2016). Capcom said that more information will follow in the summer of 2022.

The previous title in the series ended up being one of the most successful Street Fighter instalments in the history of the game. After a rocky start marred by limited content and server issues, Street Fighter V gained a large following in big part thanks to the game’s Champion and Arcade editions that were released in 2018 and 2020, respectively. As a result, it grew to become one of the most popular esports titles with major events taking place regularly around the world. The previously mentioned Capcom Pro Tour, for example, boasted a very generous $250,000 prize pool.

Where Street Fighter V was originally released for Microsoft Windows and Playstation 5, even a couple of years later even as an arcade game, there are rumors that its successor will also be made available for Xbox Series X. Even though the fifth instalment of the series was never released for Xbox, a placeholder text for Street Fighter 6 on the website Metacritic showed the game as marked for Xbox Series X. The marking seems to have been removed since then, so the platform future for Street Fighter 6 remains unknown. The community seems to think that, even though Street Fighter 6 is expected to be released as a multi-platform game, there is no reliable indicated anywhere to show that the Xbox Series X will be among the initial version releases. It’s likely to be released for Microsoft Windows and Playstation 5 as well as for Xbox X Series, but we will have to be patient for more official news from Capcom in this regard.