Complexity partnering with Lenovo for the long term 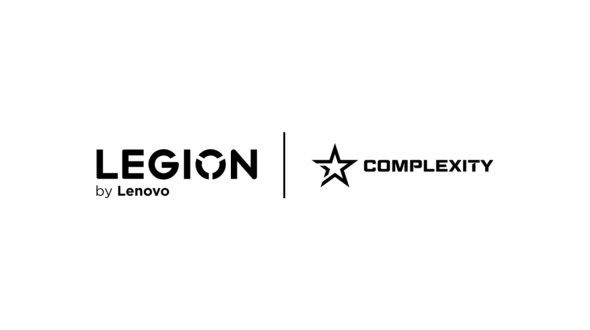 As one of North America’s oldest and best known esports organizations, Complexity Gaming has very recently announced an ambitious new long-term partnership with Chinese-American electronics and computer hardware multinational Lenovo. GameSquare, who own Complexity Gaming, have explained that it concerns a multi-year sponsorship deal with Lenovo becoming the company’s official provider of desktop and laptop computers. In exchange, Lenovo will gan considerable exposure by associating themselves with Complexity on the organization’s various channels and platforms.

As part of the agreement, the Complexity Gaming HQ in Frisco, Texas, have also been renamed to the Lenovo Legion Esports Center. The massive 11,000-square feet esports center is located at The Star in Friscor, right next to the Dallas Cowboys’s HQ, and will feature some of the most state-of-the-art facilities in international esports today. These include recovery rooms, wellness installations and mental health amenities, which will all be available for Complexity’s streamers and esporters to support their physical and mental wellbeing.

“Gaming is a hundred-billion-dollar industry and a key focus for our business”, said Gerald Youngblood, CMO at Lenovo North America, in reaction to the announcement of the collaboration between Complexity and his employer, “Lenovo’s collaboration with Complexity was a natural decision as we seek to deepen our commitment to, and investment in, the esports and gaming communities. We are excited to equip Complexity’s state-of-the art facility with our leading-edge Legion gaming hardware and workstations to help their athletes elevate their gameplay and content creators produce compelling content reaching millions of fans across the globe”.

Apart from their sponsorship, Lenovo will also help Complexity takes the performances of its esporters and the content of its creators to the next level. Together, they want to improve athlete performances and provide an optimal professional environment to support that goal. Lenovo’s technology will allow the organization’s production teams to work on a uniquely varied catalogue of content for all channels, including 3D content and animation. On top of that, one of the cornerstones of the new partnership will be the support of an accepting and supportive gaming community through various events and experiences, among other things.

“We are pleased to join forces with Lenovo,” said Justin Kenna, CEO at GameSquare, about the deal, “As the exclusive supplier of world-class desktop and laptop PCs, Lenovo is helping to fuel the future of competitive excellence and powering the business of esports. We are extremely proud to have Lenovo as a multi-year partner, which illustrates the continued growth in commercial activity within gaming and esports. We look forward to ongoing announcements and initiatives with Lenovo as we continue to bridge the gap between brands and fans with the support of world-class companies as customers and as partners.”