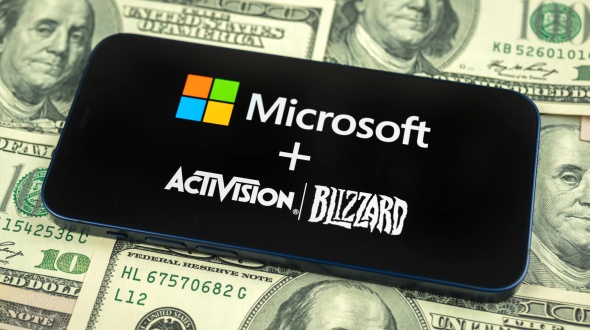 For a while now, there has been talk and much more about the potential going down of the biggest acquisition deal in the history of the gaming industry as tech giant Microsoft is gearing up to purchase games developer Activision Blizzard, the studio behind hugely popular international esports titles like Overwatch and Call of Duty, for an incredible $69 billion. The American company is looking to better compete with industry leaders Sony and Tencent, and is willing to splash the cash in order to achieve that objective. In the European Union though, the deal between Microsoft and Activision is raising a few potential antitrust issues, which is why the European Commission will conduct a four-month antitrust investigation.

Questions for all stakeholders

The foundation of the investigation is formed by an extensive questionnaire that has been sent out to all types of stakeholders, including other game developers, publishers and distributors. The main goal of this questionnaire is for the European Commission to find out to what extent these parties expect the Microsoft-Activision deal to have a negative impact on their bargaining power regarding the terms for selling console and PC games via Microsoft’s Xbox, as well as its cloud streaming service Game Pass. The investigation is aimed at finding out if and how Microsoft can give itself a false advantage of over its competitors by keeping Activision games exclusively for its own platforms and/or by releasing new Activision games exclusively on Xbox.

The complete questionnaire consists of around one hundred questions and the answers to these questions will assist the European Commission in putting to rest (or not) the existing concerns surrounding antitrust issues. Respondents were given until October 10th to reply, after which the Commission will need about a month to come up with a verdict, which could be a temporary one. If she determines that the purchase of Activision Blizzard provides Microsoft with an unfair advantage over the competition, the acquisition will be blocked.

Biggest gaming company in the world

In case the air is cleared and the European Commission determines that the purchase can go ahead, Microsoft will instantly become the world’s biggest gaming company. At the moment of writing, the American multinational is already part of the top-three, together with Japanese companies Sony and Nintendo, but the Activision acquisition would make them even bigger. With this move, Microsoft is following the example of many other major tech companies who have been looking into the international esports and gaming industry of late, such as Apple, Meta and Netflix.

“They have a long history in video games”, Phil Spencer, CEO at Microsoft Gaming, told The Washington Post earlier this year, “Nintendo’s not going to do anything that damages gaming in the long run because that’s the business they’re in. Sony is the same and I trust them. … Valve’s the same way. When we look at the other big tech competitors for Microsoft: Google has search and Chrome, Amazon has shopping, Facebook has social, all these large-scale consumer businesses. … The discussion we’ve had internally, where those things are important to those other tech companies for how many consumers they reach, gaming can be that for us”.