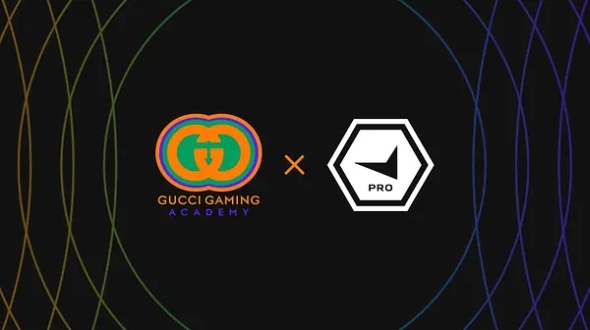 The world of international esports is growing at a rapid pace, as are the companies involved in it. We see more and more high-profile collaborations and partnerships being announced and not just between esports organizations and brands, but also between esports organizations and well-known brands from outside the industry. One of the latest collabs that grabbed headlines over the past few days is a partnership between esports platform FACEIT and the world-famous high-end luxury brand Gucci. Together, they have recently launched the Gucci Gaming Academy.

“Gucci is at the forefront of the luxury industry’s foray into the world of gaming and as part of our mission to build meaningful relationships with communities in a genuinely authentic way”, says Nicolas Oudinot, Executive Vice-President of New Business and CEO of Gucci Vault, about the collaboration with FACEIT, “We are dedicated to supporting the up-and-coming generations of players to help manage the challenges they may face as a result of participating in esports”. It’s not the first time that Gucci has dabbled in the world of international esports, as they have recently had fashion-oriented collaborations with various esports organizations, including Fnatic and 100 Thieves. The partnership with FACEIT is the brand’s biggest purely esports-based involvement in the industry up to date, though.

In practice, the Gucci Gaming Academy will be a development program aimed at professional and aspiring esports athletes to improve their skills through professional coaching and various teamwork events. On top of that, there will be a major focus on dealing with the pressure of high-level esports and the online criticism they can face, both on a physical and a mental level. For example, various former professionals and current names from the industry have aligned themselves with the academy, including retired Counter-Strike: Global Offensive players Chris “GeT_RiGhT” Alesund and Stephanie “missharvey” Harvey. It’s therefore no surprise that the Academy’s first official competitive involvement will be during the CS:GO FACEIT Pro League.

A promising collaboration between two strong brands from vastly different industries and an array of coaching talent is not all the Gucci Gaming Academy will have to offer. The organization has also started a partnership with the World Health Organization (WHO). Gucci, FACEIT and the WHO will be working on innovative ways to support esporters by helping them improve their gameplay and at the same time focusing on their health and safety.
“The Academy will offer a clear path to pro structure connecting the dots between the FACEIT Pro League, education and well-being”, explains Michele Attisani, co-founder and Chief Brand Officer at FACEIT, “The physical and mental demands on players looking to compete at a professional level are high. Supporting and empowering young esports talent is at the core of FACEIT’s values and through our shared vision with Gucci, we hope the Academy helps equip the role models of tomorrow”.