Fornite unites for the Ukraine and raises $36 million 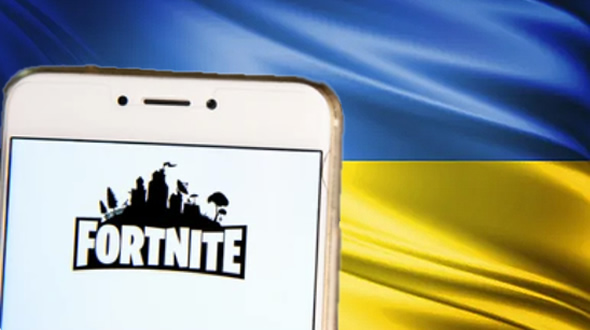 The ongoing war in the Ukraine keeps shocking the world every day as we write this article and it’s no different for the world of international esports. Earlier, we already dedicated a piece to Ukrainian Counter-Striker: Global Offensive superstar S1mple, who donated about $33,000 to the Ukrainian army just a few weeks ago and this time we want to take the opportunity to bring attention to the initiative by Epic Games. The game studio behind Fortnite, one of the most popular games in recent memory, raised an incredible $36 million in just 24 hours to support the Ukrainian resistance effort.

The new Fortnite season has been underway for just a few weeks by now and the central theme this season is resistance, which connects seamlessly with the horrible war that is being waged by Russia in the Ukraine at the moment. As a way of getting involved and making a difference, Fortnite developer Epic Games recently announced that all of the revenues gained from Fortnite in the first two weeks of the current season will be donated to various charities that are currently providing support and relief for the millions of civilians currently trapped in the Ukraine.

Within 24 hours of the announcement, Epic Games announced that they had already raised no less than $36 million for humanitarian relief in the Ukraine. The company also stated that the amount will be donated to UNICEF, the World Food Programme (WFP), the United Nations High Commissioner for Refugees (UNHCR) and Direct Relief. Epic Games is not the first company and not even the first games developer to contribute to the Ukrainian war effort, but their donation does seem to be one of the largest so far, especially considering the fact that the mentioned $36 million were raised in just the first 24 hours of the initiative, which is planned to run for two weeks.

Epic Games’ initiative also encouraged Xbox to join the effort and make a contribution to what they deem a good cause. On Twitter, Xbox announced that it “would be joining Epic in support of the people of Ukraine by contributing net proceeds for Fortnite during this time”. We don’t know exactly how much of the previously mentioned $36 million was contributed by Xbox, but the fact remains that the Epic Games charity action convinced another major multinational to take a stance and speak out against the atrocities being committed in the Ukraine at the moment. Together with other major names from the world of gaming and international esports, including EA Games (FIFA, Madden) and Riot Games (League of Legends, Valorant), they will continue to support the Ukrainian resistance effort until the war comes to an end