Going over the most recent Fortnite update 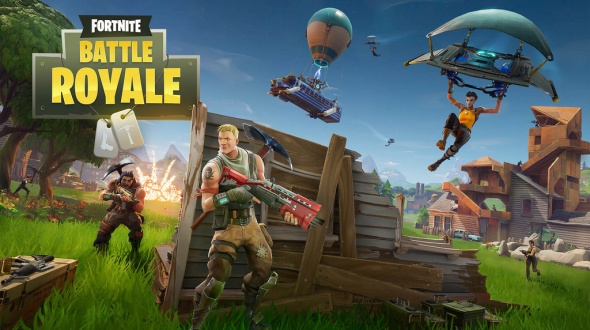 We recently wrote about how Epic Games, the developer behind Fortnite, together with its loyal fanbase recently managed to raise an incredible $36 million for Ukraine in just 24 hours after the launch of the brand-new season and in order not to distract from that more than admirable initiative, we did not go too deep into the actual release of the update. This time though, we will, as the official Fortnite Chapter 3 Season 2 update has been out for about two weeks now, which is a good time to look at what’s new, what changed and what didn’t.

The official launch of Chapter 3 Season 2 took place on March 21st of this year, at 6AM (GMT) to be precise. The release had been much anticipated, but even so, the servers were running close to maximum capacity from the first second as players often had to wait more than an hour to get access to the new and updated world of Fortnite. Overall, the inauguration ran relatively smoothly though, and queues were practically eliminated within 24 hours.

As far as the story of Chapter 3 Season 2 goes, the Imagined Order (IO) is still the main antagonist in the game. In the update, you are joining the resistance against the IO regime and its soldiers, with the goal of chasing them off the island once and for all. While the storyline follows the previous chapter’s direction, the newest Fortnite update did bring about some changes as well, especially in terms of gameplay and features.

Perhaps the biggest change is the fact that players can no longer build structures to hide and shield themselves. Instead, players need to find shelter at the camps of their teammates.

To partly compensate for the previous point, each player gets a second shield in the newest version of Fortnite. Only after this shield is completely destroyed, your first shield will start to take damage.

Movement for all characters has been improved, which includes faster running and sprinting as well as automatic grabbing of ledges when the player just misses a jump. Also, when sprinting towards a closer door, the characters will smash them open with their shoulders, allowing for continuous fast movement.

In Fortnite Chapter 3 Season 2, you can either help upgrade the camps of your teammates or conquer enemy camps. Enemy camps have a large zeppelin (blimp) floating above them in the sky. Upgrades can be added to your own camps when you saved enough V-Bucks.

Besides the zeppelins, which are attached to Earth by a rope that players can climb, there are also powerful IO tanks riding around. You can also get new upgrades for your own vehicle, and you can carry out repairs with the help of a special welding device.

The latest Fortnite update also brings players a new Battle Pass, which allows you to save up and unlock new features, including new playable characters. Chapter 3 Season 2 introduces skins for various characters, like the Origin and Gunnar, but the most spectacular addition to the roster this time is Marvel superhero Doctor Strange.