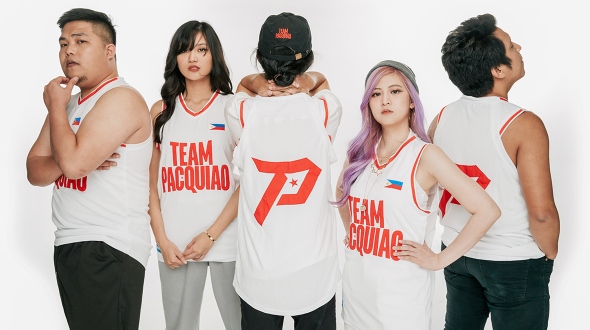 It's not every day that a multiple-world-record-holder and one of the greatest boxers of all time announces that he is getting involved in the world of international esports. Last Sunday was such a day though, when living Filipino boxing legend Manny Pacquiao officially introduced his brand-new gaming and esports brand to the world, called Team Pacquiao GG, abbreviated as TPGG. The announcement came just a few days after Pacquiao, who is currently active as a Senator for the Filipino PDP-Laban Party, was named as his party's candidate for the country's coming presidential elections.

Manny Pacquiao, whose official name is Emmanuel Dapidran Pacquiao Sr, is a former professional boxer and a current Senator of the Philippines. As the only boxer ever to be crowned world champion in no less than eight divisions and win twelve major world titles, the now 42-year old PacMan is widely considered as one of the best professional boxers of all time. As a matter of fact, he is the only professional boxer in the history of the sport to hold world championships across four different decades, from the nineties to the twenties of the current century.

In 2010, Pacquiao entered politics in his home country and rose to become the president of his current PDP-Laban party. This September, he was declared as his party's candidate for the upcoming presidential elections in the Philippines and ten days after that, he announced his official retirement from boxing. Besides his many other side activities, including acting, singing and coaching professional basket ball, this announcement was soon followed by the inauguration of Team Pacquiao GG, his own esports team.

Pacquiao is the next in a steadily growing list of celebrities and (former) pro athletes getting into the world of esports with their own team and brand. Most famous is former Manchester United and England national team midfielder David Beckham, who co-owns Guild Esports, while the likes of Manchester United's Jesse Lingard and Golden State Warriors superstar Stephen Curry also have interests in the esports universe.