ONE Esports partners up with analytics experts from Mobalytics 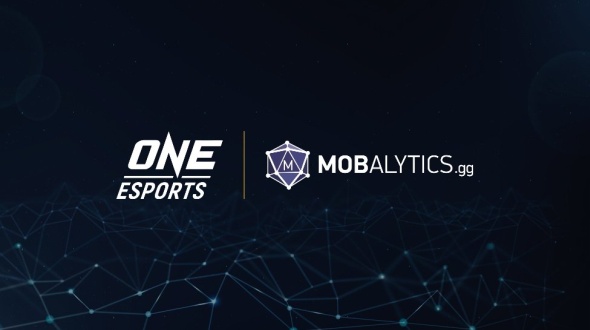 The world of international esports is booming, and partnerships between esports organizations, esports professionals and companies from other sectors and disciplines are becoming more and more common. In the recent past, for example, we wrote about Japan’s first esports high school and FC Barcelona defender Gerard Piqué teaming up with the famous Spanish streamer Ibai Llanos to start their own esports team, KOI. This time, the brand-new partnership between ONE Esports and Mobalytics has caught our attention.

Singapore-based ONE Esports, the esports team of sports media company ONE Championship, recently announced a high-profile partnership with Mobalytics, the esports analytics platform that brands itself “the all-in-one companion for every gamer”. The platform aims at being the perfect personal gaming assistant that can help amateur and professional esports alike to improve at their favorite games. This includes titles like League of Legends and Valorant, for which ONE Esports has built up quite a reputation over the years as a serious competitor on worldwide level as well.

With the deal between ONE Esports and Mobalytics, the companies will be working together on various types on content that will be published by the both of them. The goal of this content will mainly be to help players improve their in-game performances, especially among the younger target audiences. At first glance, both parties look like perfect complements to each other, with ONE Esports being one of the biggest names in international esports at the moment and Mobalytics focusing on player improvement through detailed data analysis. Both will also benefit from each other’s specific reach among the international esports community as they can take each other’s content to the next level. Mobalytics by being featured on ONE’s popular entertainment content across multiple platforms and ONE by getting access to all of Mobalytics’ in-depth player stats and game analytics.

“ONE Esports has an expertise in producing engaging content and reaching large audiences through our platform, and this partnership with Mobalytics will help strengthen the bonds that we have with our fans who want to enhance their in-game competitiveness”, said Carlos Alimurung, CEO at ONE Esports, after the partnership with Mobalytics was announced, “Mobalytics’ insightful analytics is a great complement to ONE Esports’ captivating storytelling capabilities, and we look forward to helping gamers win more frequently and decisively”.

The deal with Mobalytics is not ONE Esports’ first partnership of the year. Even though we are still just in March, the company already signed agreements with British banking conglomerate HSBC and South Korean electronics giant Samsung. On their part, Mobalytics have been active as well over the past few years in terms of partnership and collaborations, including a long-term agreement with the well-known international esports broadcast channel GINX Esports TV.