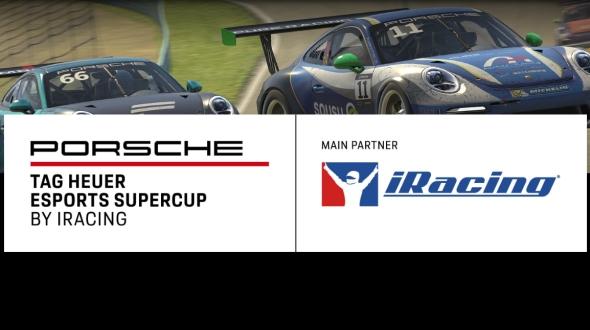 Porsche Canada will launch its eSports Sprint Challenge one-make series, which will offer players the opportunity to race alongside familiar ambassadors and try to win prizes on the iRacing.com platform, the world leader on the online racing simulation and gaming market.

The competition, which comprises four races on Canadian Tire Motorsport Park (June 18), Watkins Glen (July 2), Lime Rock (July 16) and Circuit Gilles Villeneuve (July 30) aboard a digital version of the 728 Cayman GT4 Clubsport mid-engine racecar, will start after the qualification phase (June 1-7). “While encouraging to continue using social distancing, we are very excited to bring to life a digital race series for Canadians that follows a typical Porsche Challenge one-make framework”, said Marc Ouayoun, President and CEO, Porsche Cars Canada. “We have an opportunity to witness a different degree of Canadian racing talent under our umbrella and are excited to launch the program on the highly competitive iRacing.com software”, he added.

After the qualifying phase, the top 30 entrants with the fastest average lap time will be eligible to enter a 34-grid field, with four additional slots being earmarked for key ambassadors from varying discipline, including Porsche GT3 pilot Daniel Morad, popular YouTube duo “The Straight Pipe” and NHL hockey goal Craig Anderson. At the end of the four-race schedule, all of the points will be added to determine the final position in the standings and crown a winner, who will have the opportunity to get behind the wheel of a real Porsche at a Porsche Experience program event.