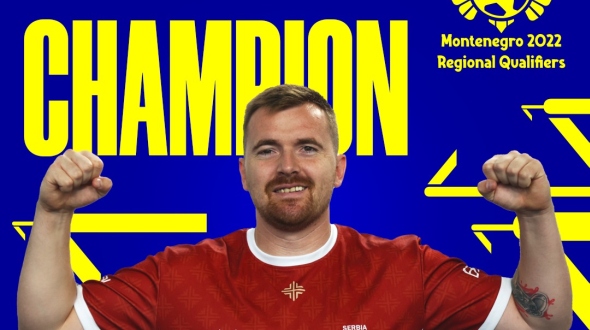 If you’re an avid eFootball fan and/or player, we don’t need to tell you this, but the eFootball 2023 European Championship, one of the Konami game’s biggest events of the year, has just come to an end and it turned out to be a very happy end for Serbia. For his country, Serbian player Marko “Roxas” Roksic managed to clinch the title at the Bemax Arena in Podgorica, Montenegro, last week. The European Championship took place from September 6th to September 10th and formed part of eFest, Montenegro’s biggest gaming and science-fiction event.

Vindication after defeat in 2022 final

It was a big moment for Serbia, and not just because of Roxas bringing the nation eFootball glory. Beating Turkey in the person of Muchahit Sevimli also meant revenge for last year’s final, when Serbia and Turkey faced each other as well. That time though, it was Muchahit who managed to win it, beating Serbia’s Dorde Milicevic in the process. This year though, his compatriot proved to be too much for the experienced Turk, who went down 3-1 at the Bemax Arena. The third place at the eFootball 2023 European Championship was shared by North Macedonia, represented by David Garevski, and Israel, represented by Orel Daniel.
The European Championship was organized by the International Esports Federation (IESF) I collaboration with the European Esports Federation (EEF), which marked a milestone for the latter. It was the first live eFootball event they participated in and it ended up being a great success. A total of 26 nations competed at the event to win the title and part of the €10.000 prize pool, including a €5.000 cash reward for the eventual winner. On top of that, the winner of the European Championship, in this case Roxas, also obtains a starting ticket for the World Esports Championships Finals, which will be held later this year in Bali.
Naturally, the EEF was pleased with how the event in Podgorica went down as well. “I am proud and thankful to all of the players that participated in our final European Esports Championships event this year in Podgorica”, said Ido Brosh, President of the European Esports Federation, “This event was special not only because it was the first live eFootball event by EEF but also because of the amazing plays and special moments our players created. I’d like to thank the Montenegro Esports Federation and all of the partners for making this event possible, and looking forward to our announcement of the 2023 European Esports Championships”.

What’s up next for the international esports scene?

We already mentioned that World Esports Championships Finals that will be taking place in Bali later this year, from December 1st to December 12th to be exact, but there is much more on the agenda for the international esports community. In the second half of the September, IESF will be organizing the PUBG European Championship and Dota 2, followed by the Mobile Legends: Bang Bang European championship in October. In other words, plenty to look forward to for fans and players of esports worldwide.