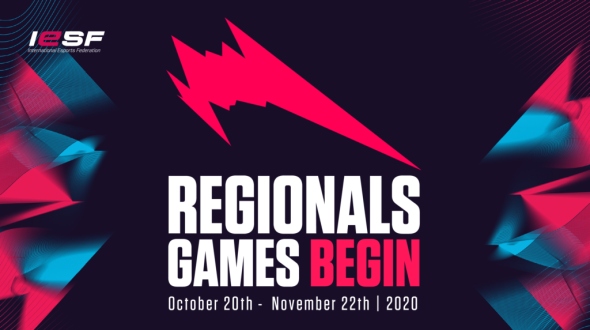 The International eSports Federation (IESF) has announced that its upcoming Regional Tournaments of the 12th eSports World Championship will be held online starting October 20th and will run until November 20th. The finalists from each region and title will then compete in the Finals offline in Eilat (Israel).

The tournaments will be streamed live on IESF’s official channels, with time of the matches to be shared soon via IESF’s social media channels and the World Championship’s website. “We are happy to announce the regional stages of the 12th eSports World Championship ahead of the final global games in Eilat, Israel,” says Ido Brosh, Head of the Local Organizing Committee, in a statement. “We are excitedly looking forward to the next announcement of the final games in Eilat, and wish good luck to all the participants.”

The eSports World Championship, to be hosted this year by the Israeli eSports Association and Maccabi World Union, gathers players from all over the world, which participate in a unique tournament while representing their national flag. As of now, it is the only major eSports tournament featuring national teams, and this year’s competition is expected to be the largest one to date, with approximately 60 nations set to participate.