BMW strengthens its commitment in e-sports 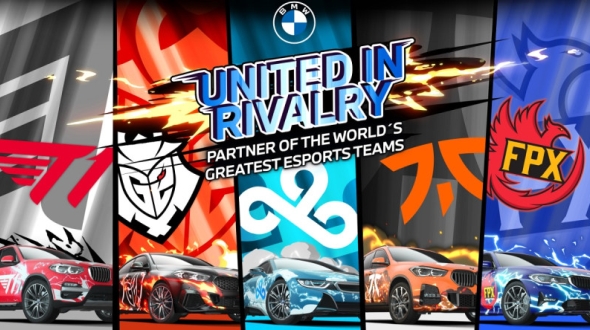 BMW, which first entered the virtual sport world as the official partner of the European League of Legends finals in 2017, became a major player in e-sports as it now supports some of the most influential and successful e-sports teams and strives to promote the e-sports discipline as a whole. The brand strengthened even more its involvement last week by partnering with five of the world’s top organisations, which comprise each up to 200 League of Legends’ top players.

The teams - Cloud 9 (US), Fnatic (UK), Funplus Phoenix (China), G2 Esports (Germany) and T1 (South Korea), are also involved in other disciplines such as Dota 2, FIFA, Fortnite or Rocket League. The brand will not only sponsor them but also contribute introducing e-sports to an even wider audience. “Our long-term goal is to grow our team portfolio into true household names within the general sports and entertainment industry,” says Jens Thiemer, Senior Vice President Customer and Brand BMW. As part of the partnership with BMW and in line with e-sports’ culture, the teams will challenge each other prior to tournaments, using #unitedinrivalry and #unitedathome on social medias and streaming platforms across the world. “E-sports shows us how sports entertainment can continue to thrive and play a key role considering today’s challenges. Our entry into e-sports is motivated by a commitment to become a sustainable, global partner, supporting the teams and the discipline as a whole, before, during and after these times of uncertainty,” adds Thiemer. “Joining forces with the best teams in the world, we aim to use our design and innovation skills to help shape the discipline in the long term. Our e-sports involvement is an important milestone providing, for the first time, a new intersectionality with a dynamic and fast-growing community. We consider e-sports a promising, growing addition to our marketing activities, helping BMW on its journey to becoming an emotive brand people relate to.”

The collaboration between BMW and the teams goes far beyond sponsorship. For example, BMW will share its engineers and designers’ knowledge and expertise, to enable the development of hardware and software products that are perfectly tailored to gamers’ needs. The German car manufacturer will also provide vehicles to its official team. Each organisation will have its own car featuring a custom livery with striking colours, combining motifs drawn in comic-book style with each organisation’s logo.