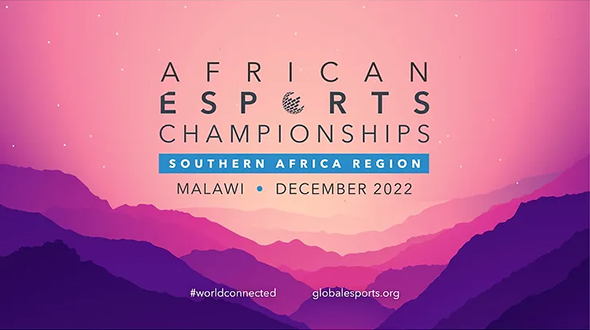 Another milestone for international esports and another proof of the rapidly growing popularity of esports around the world. Earlier this month, the Global Esports Federation (GEF) announced the first-ever African Esports Championships to be held in Lilongwe, Malawi, in December. The event will be held in parallel with the Africa Union Sports Council (AUSC) Region 5 Youth Games, a high-profile sport competition and a multi-cultural exposition for the African Union Region 5 in what’s promising to be a busy month for the Federation. That’s because the African Esports Championship will take place from December 2 to December 11th, right before the Global Esports Games 2022 will be organized (from December 14 to 18).

Demonstration event for the region

While the AUSC Region 5 Youth Games have been organized annually since 2004 to encourage young sports persons in the region to develop into athletes who can represent their nations and the region in the future, the African Esports Championship will go through its baptism this year. The Southern African region (consisting of Angola, Botswana, Eswatini, Lesotho, Malawi, Mozambique, Namibia, South Africa, Zambia and Zimbabwe) wants to lead the way for the entire continent in regard to esports and showcase how esports can have a considerable economic and social impact.

“Esports is the future, and we are excited to unlock it for youth across the AUSC Region”, says Stanley Mutoya, CEO at the African Union Sports Council Region, “It was an easy proposition to the Council of Ministers in the region who approved that we stage it as a demonstration in Malawi this year with a view to have it as a full medal sport in Mozambique in 2024”.

For the inaugural African Esports Championships, the GEF has included two popular esports titles. The region’s biggest talent will be competing in Street Fighter V: Champion Edition and eFootball 2023 this year. On top of that, the Federation will also be organizing their flagship GEFcon event for thought leaders, stakeholders and creatives from the global esports industry and related sectors, just like the conference that will take place in parallel with the Global Esports Games 2022 a few days later.

“We are proud to partner with the visionary leadership at AUSC Region 5 to bring the Global Esports Federation’s marquee event to Southern Africa”, declared Chris Chan, the President of the Global Esports Federation, “Our #worldconnected community is excited as esports athletes will have the opportunity to showcase their skills and talents as they represent their countries and territories at a global event such as this”.
With the African Esports Championships, the GEF has completed its calendar for the year 2022. After a string of international esports events taking place over the past months, including the Commonwealth Esports Championships this summer and the South American Esports Champions earlier this year, the event for the Southern Africa Region and the Global Esports Games 2022 represent the end of another action-packed year for the organization.