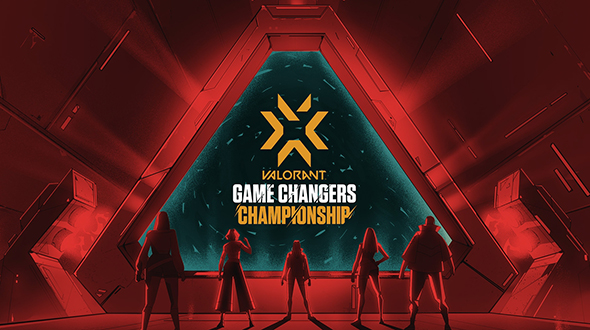 Just last weekend, the first-ever Game Changers Championship came to a close as part of the 2022 Valorant Champions Tour and it was Berlin-based G2 Gozen who managed to deliver on their promise. The European esports organization started the event as favorites and displayed their dominance in the female Valorant world throughout the competition. A spectacular Grand Final against North American organization Shopify Rebellion helped the Europeans to write history in the Valorant Championship Tour.

The Game Changers Championship debuted as part of the official Valorant Champions Tour this year, with the goal of providing more exposure and creating more opportunities for women within the world of competitive Valorant esports. From November 15th to November 20th, the eight best teams in the world played through a double elimination bracket within a LAN setting to decide who would win the first-ever Game Changers Championship trophy. Besides the previously mentioned two finalists, the tournament also featured Team Liquid Brazil, Kun Aguero-supported Argentina-based KRÜ Fem, Japanese organization FENNEL Female, Thailand-based X10 Sapphire, and the London-based Guild X.

As we mentioned earlier, G2 Gozen, which is the official name of the team after G2 Esports acquired European orgless team The Originals in October 2021, were heavy favorites for the first Game Changers Championship title and the ladies did not disappoint. The squad, consisting of Swedish Julia “juliano” Kiran, Dutch Petra “Petra” Stoker, Danish Michaela “mimi” Lintrup, Russian Anastasiya “Glance” Anisimova and Bahraini Maryam “Mary” Maher, did not lose a single game throughout the entire competition. What’s more, right up until the Grand Final, G2 had dropped just a single map during their run in the upper bracket.
As you can imagine, G2 Gozen were therefore expected to dispose of Shopify Rebellion quite easily, but the North Americans were not willing to go down without a fight. After losing just a single map on their path to the final, G2 promptly lost the first two maps against Shopify, going down 9-13 on both Pearl and Bind. This brought the favorites to the brink of elimination, something they realized just in time as they proceeded to win the next three maps in dominant fashion: 13-3 on Ascent, 13-2 on Icebox and 13-5 on the decider, Breeze. Like that, G2 Gozen grabbed the first Game Changers Championship title and recorded the first Grand Finals reverse sweep in the history of the Valorant Championship Tour.

Besides the glory and pride, G2 Gozen also earned prize money worth $180.000 for crowning themselves champions, while runners-up Shopify Rebellion took home $110.000 and third-placed Team Liquid Brazil got $80.000. Considering the success of the first Game Changers Championship, both on and outside of the virtual battlegrounds, developer Riot Games and Leo Faria, Global Head of Valorant Esports, have already confirmed a repeat of the event in 2023, specially created for female and non-binary players.