The return of the Overwatch World Cup 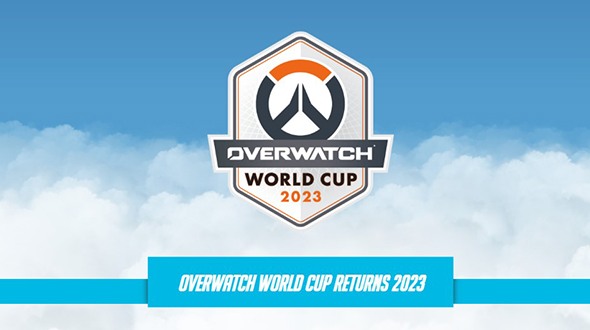 Excellent news for fans and players of Overwatch all over the world, because the game’s developer Blizzard Entertainment has announced the return of the Overwatch World Cup. The last Overwatch world champion was crowned back in 2019, after which the worldwide COVID-19 pandemic resulted in an indefinite postponement of the next edition. Now, three years later, Blizzard has decided to it’s time to bring back one of the game’s most anticipated international events. It will also be the first time that the World Cup will be played on Overwatch 2, the successor of the hugely popular first instalment of the game.

“Attention, world—after three years away, we’re thrilled to announce that the Overwatch World Cup is returning for 2023, and the competition will be bigger than ever: new game, new players, and new ways of spotlighting your country and region on a global scale”, announced Blizzard Entertainment on its own website recently, “[…] In January, we’ll announce the 36 countries and regions competing in the 2023 Overwatch World Cup, and that’s also when competition committee applications will open. Each competition committee will be responsible for organizing tryouts for their country and region, following Blizzard guidelines”.

While details about the 36 participating countries and regions are expected to be announced over the coming weeks, Blizzard has already released an indication of the build-up to the World Cup finals. The main event is set for the fall of 2023, with eight teams competing in a single elimination bracket for World Cup glory. For every Overwatch team dreaming of becoming world champions, the process starts at the end of this month by applying for committee positions. Blizzard will vet all applications before organizing an Open Tournament in February where spots for the Country and Regional Team Tryouts can be earned.

The Team Tryouts take place in March of this year, followed by team selections per country and region, carried out by the respective Competition Committees. The 36 selected Country and Regional Teams will start their qualification process in June, with the 16 best teams advancing to the Overwatch World Cup Group Stage. Finally, eight of those teams will push through to the Finals, where the first Overwatch World Cup champion since 2019 will be determined.

World Cup in the spotlight

Seeing as the return of the Overwatch World Cup is major news for fans of the game and international esports in general, it’s no surprise that Blizzard Entertainment is planning to place the event in the spotlights over the coming months. The company has so far not divulged too much information in this regard, but in its official announcement it mentions that “in 2023 we will be offering some challenges and rewards for all players to help celebrate the return of the Overwatch World Cup”. So, if you can’t wait for the upcoming Overwatch World Cup, keep an eye on their social media for more news and we will naturally provide updates when possible as well!