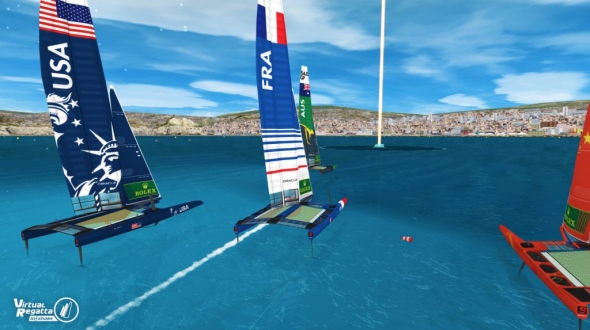 SailGP, an annual sailing competition featuring One Design F50 catamarans designed for intense racing at speeds exceeding 50 knots, entered successfully the world of eSports, with more than 146,000 unique players and 55,783 individual races. The global championship announced new plans for its second eSailGP season, including a new digital show format that made its debuts earlier this week.

SailGP entered the eSports arena at the end of its first season back in 2019, in partnership with Virtual Regatta and World Sailing, to offer fans the chance to compete on one of the most innovative race boats in the world in the virtual environment. This move was part of its strategy to broaden its fan base and bring sailing to a wider audience. 16 eSailGP events were staged in total in 2020, generating 753,000 views across the championship’s social platforms, which included the pre-season and qualifications eSailGP training events and the eSailGP Grand Final.

Following the success of its inaugural season, SailGP has been working on the further development and evolution of the platform for season 2 including the presentation of the digital shows, with enhanced graphic packages, presenters and videos to bring the virtual racing to life.

“We have been really excited to see the progression of growth of eSailGP from our pilot event a little over a year ago in Marseille to now having nearly 150,000 unique players and 750,000 views across our platforms in our first year”, said SailGP Head of Content Jose Garnes. “It has been an exciting way to deliver live racing action during SailGP’s hiatus and shows us that there is a clear appetite and fan base this content appeals to, whether they are participating in, or watching eSailGP. Through our new show and format, we will continue to build interest in eSailGP and hope to convert some gaming fans to live sports fans and vice versa”, he added.