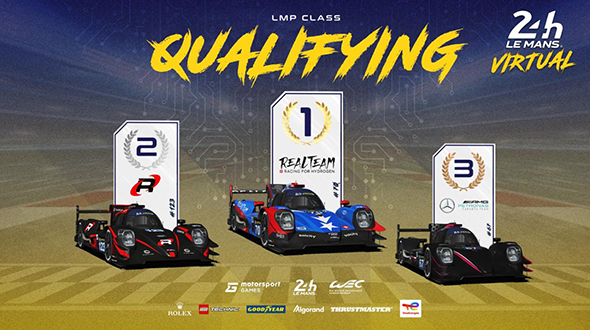 On Saturday, January 14th, 2023, the fifth and final event of the 2022-2023 Le Mans Virtual Series took place at the Circuit de la Sarthe, the virtual version of the home base of the legendary endurance race in France. In what has quickly become almost something of a tradition, there was plenty of spectacle on the virtual tracks once again as Team Redline won the LMP (Le Mans Prototype) event and R8G Esports took home the GTE (Grand Touring Endurance) title. Afterwards, much of the attention went out to reigning Formula 1 world champion Max Verstappen, who participated as a pro member of Team Redline but could not finish the race due to technical issues. The Dutchman did not hold back in his post-race interviews.

In a race full of technical issues and other unexpected developments, Team Redline managed to keep the coolest head and win the grueling virtual version of the 24 Hours of Le Mans. The race got immediately off to a rocky start with two red flags in the first six hours, the first resulting in a break of 79 minutes due to several racers disconnecting and the second following soon after when a security breach was suspected as a result of one team altering their race set-up. Redline’s Max Verstappen managed to hold on to his lead throughout it all though, until he was forced to retire the #1 Team Redline entry following yet another disconnection. The skills of #2 entry drivers Felipe Drugovich, Felix Rosenqvist, Luke Bennett and Chris Lulham proved to be sufficient to overcome these significant setbacks, giving the team its second LMP victory of the season, after finishing top in the first race for of the year in Bahrain as well.

Despite the victory, Verstappen did not hold back after the race, criticizing the game’s organizers after yet another disconnection for him. “They call it amazingly bad luck, but it's just incompetence as they can't even control their own game”, The Dutchman said, “This the third time already that has happened to me now, where I've been kicked off the game while doing this race […] You prepare for five months to try and win this championship, you are leading the championship, you try to win this race which you have prepared for two months and they handle it like this. Honestly, it’s a joke. You cannot even call it an event. It's a clown show”.

In the GTE class, R8G Esports dominated on the Circuit de la Sarthe, which resulted in the 2022-23 season’s second victory for the French team. They were also the best on the mythical Monza Circuit in Italy, back in October of last year. At Le Mans last weekend, the #888 R8G Esports Ferrari was driven by Alexander Smolyar, Scott Andrews, Timotej Andonovski and Erhan Jajovski. Despite yet another disconnection, this time for Smolyar relatively early in the race, R8G managed to clinch the title with BMW Team Redline one lap behind them.